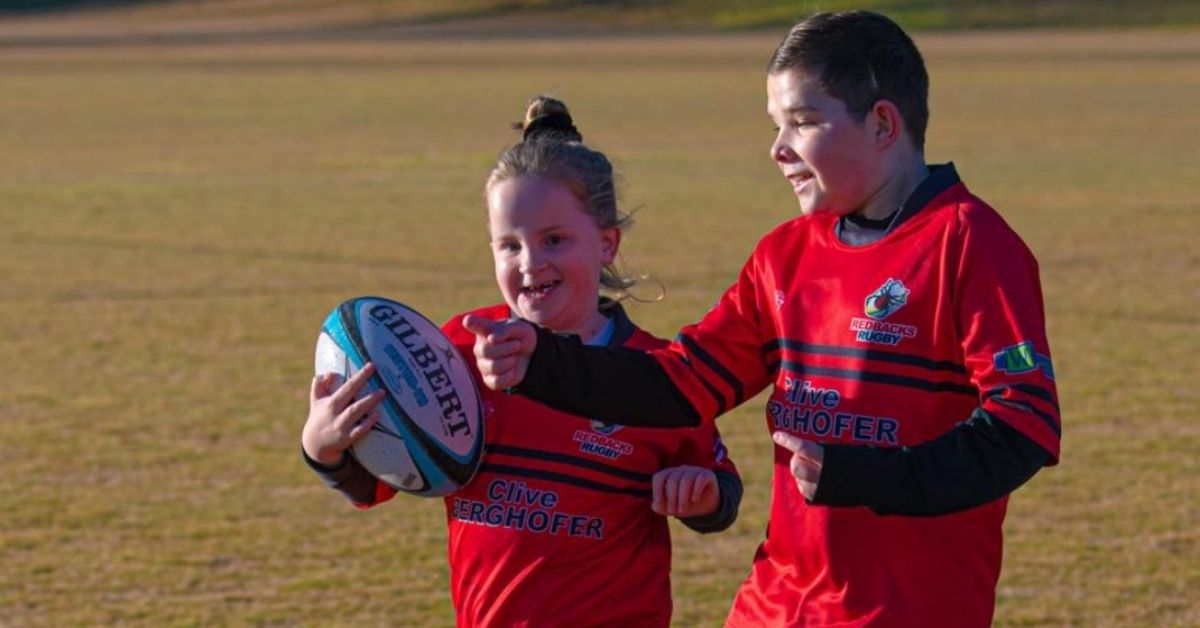 The world’s first touch-only Modified Rugby Program from the GingerCloud Foundation will open a new season at the home of the Norths Ruby Union in Wavell Heights.

The Modified Rugby Program (MRP) is specially designed to support young people with Autism and other learning, and perceptual disabilities need.  The Season starts in the week of 18th April 2021, which comprises one-hour training session and Saturday morning games.

As Rugby clubs across Brisbane support the inclusion of our young people (MRP Players) into the club community, this program is a chance for the kids to experience the sheer joy of being in a team sport, often for the first time.

Brisbane Rugby Union Clubs are powering disability inclusion for our young people with Autism or other learning and perceptual disabilities out on the rugby field.

The MRP, which begins in April 2022, is divided into specific structural, Allied Health, and coaching modifications based on the varying needs of MRP Players both on and off the field.

MRP Juniors (7-13 years) and MRP Colts (16-25) years) Players are individually matched with a PlayerMentor for support, guidance and friendship on the rugby field and beyond.

MRP 7s and MRP 7s Plus division (assessed by on-field skill ability) Players are higher skilled and are supported by PlayerMentors as a team, with no specific MRP Player having their own PlayerMentor.

The MRP’s PlayerMentors are young adults from local schools who provide guidance and friendship both on and off the field. They are credited for the success of the MRP as they encourage the MRP players to have fun, feel safe and secure, and be part of a club.

Other venues participating in the MRP include:

REGISTER for the MRP