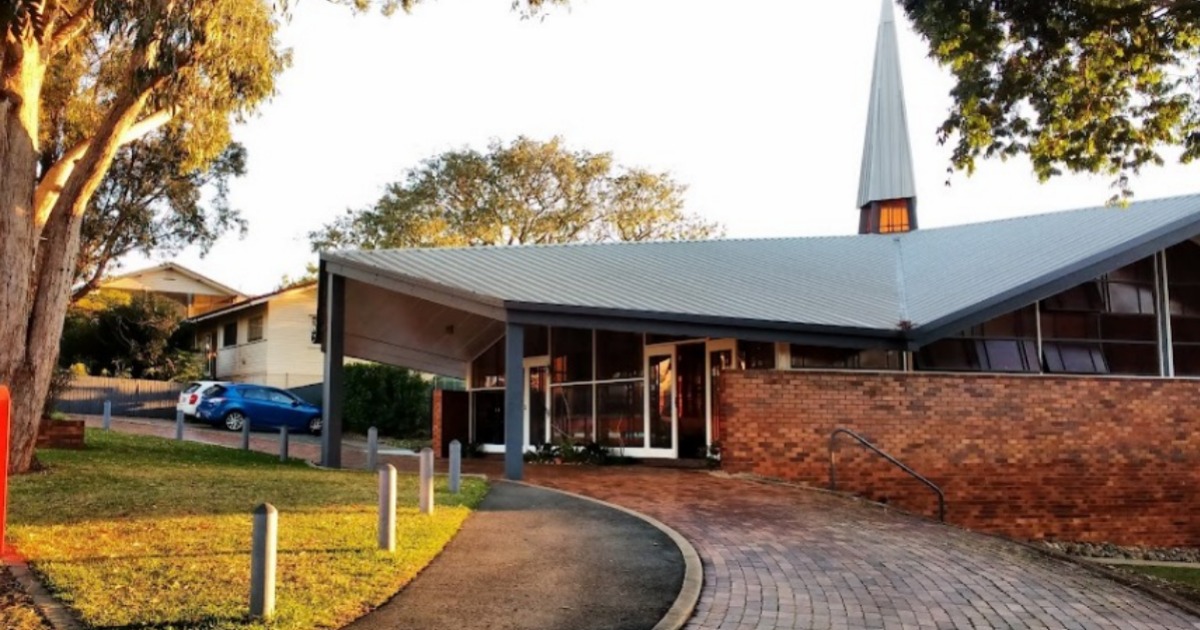 An application has been filed to enter St Luke’s Wavell Heights Presbyterian Church into the Queensland Heritage Register.

Located at 64 Spence Road, Wavell Heights, the nomination for the church was submitted by architect Donald Watson for the 1966 church building and its surrounds, and excludes the earlier church halls and the later manse.

Under the Queensland Heritage Act 1992, one of the criteria for entry in register is if the place has a strong or special association with a particular community or cultural group for social, cultural or spiritual reasons.

In January 1949, the Nundah Presbyterian session called for a meeting to form a Presbyterian congregation at Wavell Heights.

The use of one acre of land for Wavell Heights church buildings was obtained from the Medical and Social Services Committee of the Presbyterian Church of Queensland (PCQ) which had in 1948 acquired 10 acres of land in Spence Road for a War Memorial Hospital.

The current front hall, which was previously the church hall, was built using an interest-free loan for the PCQ.

In October 1959, the Home Mission station at Wavell Heights became the separate sanctioned charge of St Luke’s Wavell Heights Presbyterian Church and was able to call its own minister.

There were 196 members by the end of that year, up from 124 the year before. By 1957 there were 341 “scholars” in the Sunday School with a teaching staff of 31. Growth continued, more accommodation was required, and consideration was underway for a new church building by 1961.

The firm of Cross and Bain was appointed as architects on November 4, 1964, with James Gibson nominated as project architect.

The church, which opened on November 9, 1966, and blessed on the 19th was highly influential, and received three mentions in the periodical Australian Presbyterian Life.

Based on the report submitted to the Queensland Government, no further building work other than maintenance, repairs and minor improvements has been carried out, apart from a new PWD toilet in 2020, air conditioning in 2019, and a playground and basketball court and a manse carport, all in the 2010s.