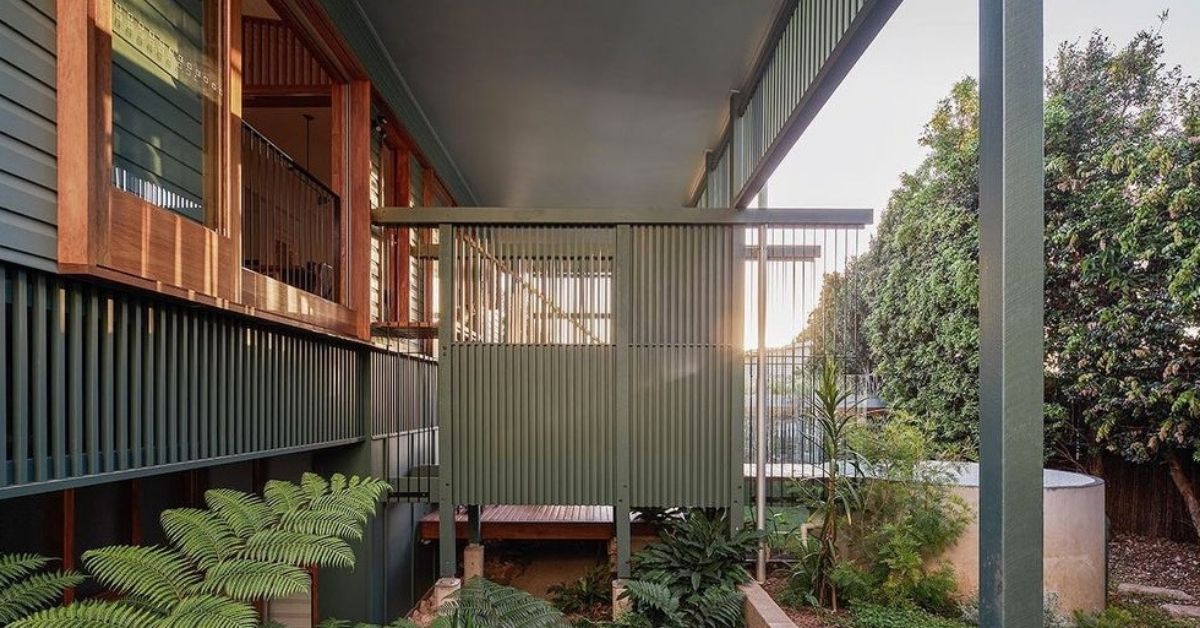 A beautiful house in Northgate, dubbed the Engawa House, has been named a finalist at the 2021 Dulux Colour Award for successfully assimilating two concepts to create an interesting architectural space.

“Engawa” is a Japanese term for a covered communal space fronting the garden and serves as a sitting area or a passageway. For Queenslanders, this design concept applies to a veranda, where families converge in an extended space that seamlessly connects the outdoor area to the indoors.

Matt Kennedy of Arcke, the architectural company behind the Northgate Engawa House, said that they redesigned a typical two-bedroom Queensland home to reflect the desires of its Japan-loving homeowners, who have extensive knowledge and passion for Japanese garden landscapes.

“In this project, we’ve peeled away the rear of this Queenslander to create multiple spaces occupying the edge and expanding the habitable threshold between inside and out.

“This space and its relationship to the garden provides for social interaction between the family, without particular ownership from either upstairs or downstairs.”

Arcke also created a sunken garden, which used to be a bathroom, and opened up the rear side to create a serene green space that the homeowners could look out to and enjoy from the inside.

Because of its striking exterior, the Engawa House was named one of the nine finalists for the Single Residential Exterior category of the 2021 Dulux Colour Award.

Andrea Lucena-Orr, Dulux Colour communications manager, said that this year’s finalists have not only made excellent use of clour but also improved the designs by using more natural stones and finishes, reflecting a strong return to nature during this challenging pandemic period.

“Thrilled to be a national finalist in the Dulux Colour Awards. Our Engawa House is in the single residential exterior category. Green on the outside, and sustainably green through-out,” Mr Kennedy wrote after the finalists were announced in June 2021.

Winners of the Dulux Colour Awards will be revealed on 31 August.