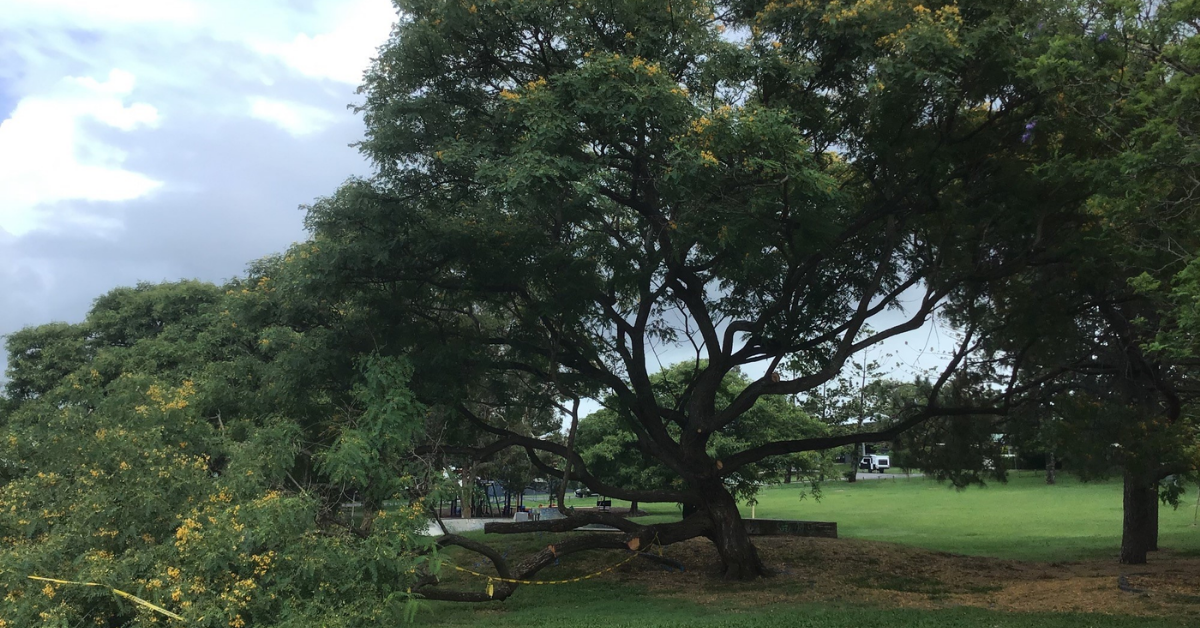 A feature tree at Plaisted Park, located in between the Skate Bowl and the park exercise equipment, will have to be removed for safety reasons, due to a failure in one of the tree’s large limbs.

Read: 5 Reasons To Shop At Fab Finds Markets in Zillmere

BCC arborists conducted an inspection and assessment of the tree which revealed a serious defect in the union of the tree’s two remaining ‘co-dominant leaders’ which can lead to future failures.

A tree will have co-dominant leaders when its main trunk has two or more branches or leaders of about the same diameter growing from the same location. Unless early intervention is done, such as subordination pruning, these branches grow with no single stem becoming the dominant one.

Co-dominant leaders eventually result in “bark inclusion” which happens when bark is included in the union of the two stems causing the tree to be structurally weak and prone to failure. Such failure can happen anytime but the risk is particularly high during storms.

The team explored options to help the tree by reducing the weight loading on its remaining sections. Despite their best efforts, the chief arborist had to recommend removal of the tree considering the “high probability of future failures, and the target zones of the failed sections”.

“The target zone encompasses the Skate Bowl and Exercise equipment. As both of these areas are utilised by park patrons on a regular basis, public safety is therefore the major consideration in this removal outcome,” Cr Adam Allan reported on a Facebook post dated 19 January 2022.

“You can see in the photos below that the structural stability of the whole tree was compromised and unfortunately, the only option was removal,” he said.

Replacement plantings of three Poinciana trees are scheduled to be undertaken once the subject tree is removed, likely before February ends.